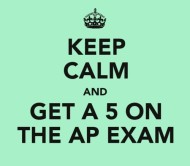 Two Tennessee Republicans, Dolores Gresham and Mike Bell, want the state to review the direction taken with the new AP U.S. History (APUSH) framework and exam. According to the Tennessean, Gresham is arguing that “[t]here are many concerns with the new APUSH framework, not the least of which is that it pushes a revisionist interpretation of historical facts. . . . The items listed as required knowledge have some inclusions which are agenda-driven, while leaving out basic facts that are very important to our nation’s history.”

Gresham and Bell appear to be taking their lead from the Republican National Committee, which is up in arms about the changes to APUSH. In particular, its members are upset about the lack of American exceptionalism in the new curriculum, as well as the absence of people and events traditionally a part of U.S. history curriculum. While Gresham and Bell do not, to my knowledge, specifically reference Stanley Kurtz’s piece in National Review, Gresham’s statement echoes Kurtz’s claim that the APUSH change is being pushed by “a movement of left-leaning historians that aims to ‘internationalize’ the teaching of American history. The goal is to ‘end American history as we have known it’ by substituting a more ‘transnational’ narrative for the traditional account.”

Kevin Gannon has provided a thorough critique of the “American exceptionalism” ideal that some APUSH critics have expressed, so there’s no need for me to repeat his cogent arguments. Kurtz’s deconstruction of the new APUSH and the proponents behind the change strikes me as silly. I looked at the new APUSH framework and the sample exam released by College Board, which is responsible for producing APUSH, and failed to see the leftist conspiracy that Kurtz imagines. Is it inclusive? Yes. Does it address the United States’ failures? Yes. Does it also address traditional U.S. history topics? Yes.

So, what’s the problem? Gresham, Bell, Kurtz, and Co. seem to want an APUSH that only acknowledges the positive things about the United States, and they believe that APUSH does the opposite instead. What is striking about the anti-APSUH crowd is that they seem oblivious to the fact that they are pushing an interpretation just as much as their opponents are. Despite Kurtz’s claim that under the previous framework, “[l]iberals, conservatives, and anyone in-between could teach U.S. history their way, and still see their students do well on the AP Test,” they seem to believe that there is only one interpretation of U.S. history: theirs.

There are legitimate differences in the way that we can interpret historical evidence, but liberal, conservative, socialist, or libertarian, the evidence must produce the interpretation, not vice-versa. It appears to me that Republicans are the ones letting their interpretation lead them, not APUSH.