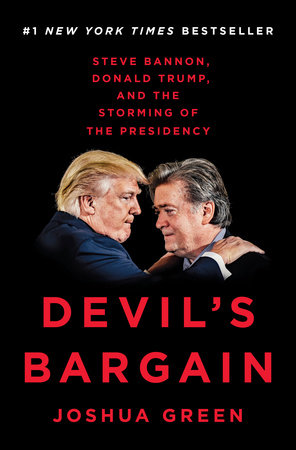 I kept pretty close tabs on the campaign, but even I didn’t realize how all of the pieces came together to help Trump win the presidency.

Some takeaways for me:
1. Trump’s determination to undermine everything that Barack Obama did stems from this roast at the 2011 White House Correspondents’ Association dinner.

2. Steve Bannon’s political philosophy is grounded in the fascist mysticism (or maybe it’s the mystic fascism) of Julius Evola, whose “ideas became the basis of Fascist racial theory . . . [and] gained currency in Nazi Germany,” in Green’s words (205).

4.  Green doesn’t give much attention to Russian influence on the election. I wonder if he would emphasize it more now than when he finished the book in early June.